453. 10th anniversary announcements
453. 10 Aspects on Which BitBucket Is Better Than GitHub
453. PHP and JavaScript Innovation Award Report August 2017 Edition - May 2017 nominees
453. Notable PHP package: PHP Serializable JSON and Array Entity
453. How to Motivate Developers to Collaborate in Your PHP Projects - 29 Minutes of the Lately in PHP Podcast Episode 89 part 3

Despite Richard has been very busy with his own projects, he finally made time to give an interview about his participation in the award, as well about other nominated classes of other authors that he thinks are worth mentioning.

Richard also discusses a few very interesting features that he would like to see in the PHP Classes site to make it more useful for developers that submit nice contributions to the site and users that benefit from them.

Read this article to learn more about Richard work and his great ideas to make PHP Classes an even better PHP community site.

What is the PHP Programming Innovation Award?

PHP Solutions and CodeLobster are the New Sponsors

PHP Elephant: The Special Prize for the Year Winner

Interview with the Award Winner of 2011: Richard Keizer

What is the PHP Programming Innovation Award?

For those that are not familiar, since 2004 the PHP Classes site organizes the PHP Programming Innovation Award, which is a monthly contest that aims to distinguish the most innovative packages published in the past month.

The idea is to encourage contributors to submit classes that do new things, as opposed to classes that are meant for purposes for which there are already other classes in the site.

Every author nominated to the innovation award may be entitled to prizes provided by sponsors. Other than that, each author accumulates points that are accounted at the end of each year.

The author that accumulates more points is declared the winner of the year. The winner of 2011 was Richard Keizer from the Netherlands.

As mentioned above, each nominated author may be entitled to a prize provided by sponsors. The sponsors are well known companies that dedicate to the PHP market. They provide interesting prizes for PHP developers.

These sponsors have been very important to help encouraging more and more developers to participate in this award. Some of them have been sponsoring the award since the beginning in 2004.

Therefore they are being listed here, so you know which companies are sponsoring the award and you can check out the nice prizes they are giving away.

PHP Solutions and CodeLobster are the New Sponsors

This award is such a nice initiative that the list of sponsors keeps growing. Just recently it got two new sponsors that are also helping to make this initiative more compelling for the participating authors.

PHP Elephant: The Special Prize for the Year Winner

Besides the special prizes that the award winner has accumulated during the year, he is also entitled to a special prize from the PHP Classes site, which is the plush toy with the PHP elephant. It is a rare item that many PHP developers would like to have but they breed very slowly.

In the past years the PHP elephant plush toy used to be produced by a company that does not seem to be able to deliver them anymore for reasons they did not disclose.

But the award winner must get the PHP elephant prize that he is entitled. Therefore, starting this year, the PHP Classes site is producing our own PHP elephants. It is no longer based on the nice PHP elePHPant designed by Vincent Pointier. It is rather based on the new elephant created by Ifat Amit of Intergraphics Designs, the winner of the Web Site Design Award.

At the time of the writing of this article, the new elephant was sent out for production and we are eagerly waiting for the first test prototype. But basically it will look like this picture. If we get the prototype as soon as we expect, this picture will be updated with a photo of the prototype. 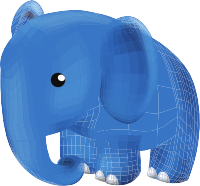 Interview with the Award Winner of 2011: Richard Keizer

As the winner of the 2011 PHP Programming Innovation Award, Richard was invited to give the following interview. Unfortunately he is very busy to provide the interview via Skype, like Rochak Chauhan (the 2010 winner) gave last year.
But at least Richard was able to provide nice insights by e-mail.
PC: PHP Classes (Manuel Lemos)
RK: Richard Keizer
PC: Richard, first congratulations for being the PHP Programming Innovation Award winner of 2011.
RK: Hello Manuel, thank you very much, it's an honor to be nominated!
PC: It would be nice if you could tell us a bit about yourself, where do you live, what are you working on and how you have been involved in the PHP development and its community.
RK: First, my name is Richard Keizer, I'm 37 years old and I live in Hilversum, the Netherlands.
I've had a deep interest in computer sciences since I was a little boy, and started programming at a very early age. I moved from CPM to DOS to Windows to OSX, until several years ago I thought it would be a good idea to get some experience with platform independent programming on the Web.
At the moment I am working on an Internet startup that's working with social media. 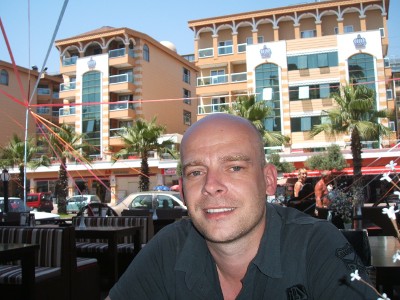 In 2011 several contributors were asked to vote on several features they would like to see implemented in the site to make their participation in the site more fun and rewarding.
Most of the proposed features are already implemented. One of the remaining features is the integration of the login system with Facebook and other sites. That is meant to make it easier for the users to login without so much registration bureaucracy. This will be made available in the next days.
The other major feature remaining to be done is to have a unified points and privileges systems that will encourage more users to participate in some positive way and be rewarded somehow for their participation.
Adding points and privileges to users that participate in forums much like many other question and answer sites that you see out there is just one of many things that are being planned.
This is actually very exciting but I cannot comment much on all that is being planned because I am still on the design phase. Later the best contributors of the site like yourself will be invited to provide feedback, so what is designed is something that addresses the needs of the most interested contributors in order to make it as much compelling as possible.
What I can tell you right now is that what is good is going to get better. All your past contributions will be accounted, so keep contributing.
There will also be many new things that will make it even more fun than you can imagine. Meanwhile please be patient, I hope to release this all still in 2012. Anyway, thanks for the feedback.
PC: I know you are very busy with your own company, so thank you for your time and participation.
Is there any question I did not ask or anything else you would like to mention?
RK: At the moment I'm very busy indeed. I have, however, a new class in development which I hope to submit very soon.
PC: That is good to hear. We will be waiting with great interest for your upcoming contributions. Thank you again for your contributions and good luck with your current work.

The PHP Programming Innovation Award is an initiative that worked very well and will continue to work to motivate more and more developers to submit innovative components.

If you are a developer that has been hesitating to send your components to the site because you are not sure they will be considered innovative, do not hold yourself any longer.

Whether it is considered innovative or not, you will always have the chance to get great feedback and recognition by the means of different rankings that measure how your work is being accepted.

Once you send your first contributions the site starts giving you advice on how you can get better acceptance, so you can always improve at the same time you can have fun sharing your knowledge with a large community of many thousands of PHP developers.

Even if that is not enough, you even will be at the risk of getting nice prizes from sponsors for contributing innovative packages.

And remember, there is also the year award prize, which besides the monthly prizes you may win, you can also win a nice PHP elephant plush toy and get an exclusive interviewed to feature in the PHP Classes blog like the one Richard Keizer gave above on which he had opportunity to share his thoughts and influence in the future of the PHP Classes site community.

So go ahead, send your PHP classes to the site now.