133. Weekly newsletter available!
133. Notable PHP package: PHP PlusCode
133. This article
133. How to Build and Run PHP Unikernels using OPS
133. PHP 7 Performance Improvements May Increase if You Optimize it to Your Application using to PGO

The PHP For Android project was just launched. This article presents an interview with the project's lead developer. He explained how it works and what you can do to develop PHP applications that can run now on any Android device.

<email contact>
Iván Mosquera Paulo is a lead developer of the PHP For Android project. He gave the following interview.
PC = PHP Classes (Manuel Lemos)
PFA = PHP For Android (Iván Mosquera Paulo)
PC: First of all, congratulations for your initiative to bring PHP to the Android platform.
Can you please start to talk a bit about yourself, who you are, where you work, what you do and your background in the PHP and Android scene?
PFA: I am Iván Mosquera. I am a software engineer at Irontec. We are an Open Source company started 7 years ago. We are involved in a lot of Open Source projects with all kind of companies and government institutions. We develop our own VOIP solution based on Asterisk with an extra layer composed of several other projects. 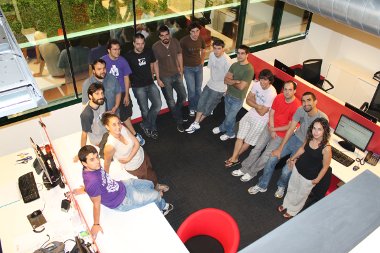 1. My first PHP for Android experience (2010-07-15 01:02)
A couple of days ago I made a quick Internet research to find whether I can write PHP applications for my HTC Desire which runs under Android 2.1...