The results of the PHP Programming Innovation Award of 2009 were computed and the winner is Sam Shull.

This article presents an interview with Sam, so we may learn more about him and his work with PHP.

Before moving on to the actual subject of this article, I just would like to clarify the that the site design contest that was going on ended in January.

The design contest results were published and the winner was picked by the users that voted in the second turn poll. The winner is just finalizing some adjustments that were necessary to make the new design look good in all pages, including several on which it was not tested before.

The new design will be up soon, hopefully next week. An article will be published also with an interview with the winners. Please be patient until the new design becomes the default.

Now back to the main subject of this article, as you may be aware, the PHP Programming Innovation Award is an initiative organized by the PHPClasses site since 2004 that aims to distinguish developers that submit innovative classes to the site on each month.

Since 2007 the site also distinguishes the authors that have submitted more innovative classes nominated in each year. Every developer earns points for each package nominated to the award during the months of the year. The site sums the points earned by each author during the year after the results of the award for December are announced.

The results of December 2009 award were announced earlier in February. The PHP innovation award winner of 2009 is Sam Shull from the United States. United States is country of the authors that scored more points collectively among all nominees of 2009.

Sam is entitled to a big elePHPant plush toy as special prize for being the winner of the 2009 award. The prize is on the way. 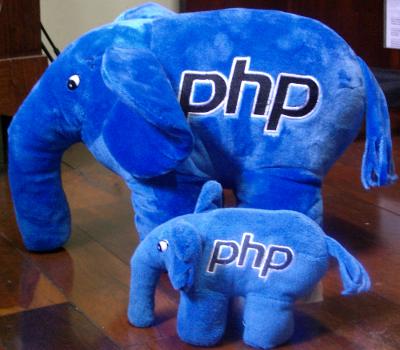 Sam was invited to give an interview to tell about his experience with this award.

PC: Well, congratulations for being the winner of the 2009 PHP Programming Innovation Award winner.

Can you please tell a bit about yourself, how old are you, where do you live, and what do you do for a living?

SS: Thank you for the honor. I am just about to turn 33 years old, I live in Fort Wayne, Indiana, USA, and I am a Web Developer for a Web design and specialty product marketing firm here in Fort Wayne called JH Specialty. 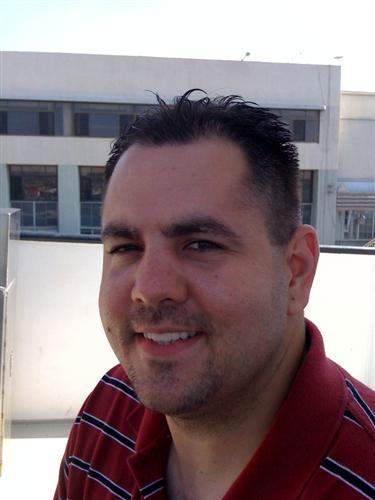 PC: Nice. You have contributed several innovative classes in 2009 that were well appreciated by the PHPClasses users. That made you score higher in the year innovation award. What motivated you to develop and contribute those classes?

SS: Most of the classes were developed as parts of bigger projects or designed to fill a gap where something was causing problems. But one of the classes in particular, CSS Query, was just something that I felt was missing from PHP's DOM extension, and it would be of good use in the future since I have worked with that extension a lot during 2008 and 2009.

I got some inspiration from fellow developers at work and at the local web design meeting that I attend regarding problems that they were frustrated with, as well.

I like contributing these classes, so that others could benefit from my trials and errors would be good for the PHP community, and hopefully others would build on those ideas.

PC: Sure. Can you tell bit more also about the other nominated classes, what they do and why did you develop them?

SS: Well, the fmail class in particular was a result of one of my team members complaining about a large file attachment to an email that was exhausting the memory available when trying to send it as a string.

So I figured out how we could use a temporary file stream to store the data and then send it through using the same manner as the PHP extension uses without converting it to a string and loading up the memory. I had to look at the PHP source code to figure out how that was being accomplished, but other than that it was pretty straight forward.

The pClosure class was written because I find the closures in PHP 5.3 to be very useful, but I couldn't use it on the company server or the servers of a couple of our clients, because the servers are still using PHP 5.2. So, I had to figure out a way to accomplish the same aspects without the syntax inconsistencies.

The setTimeout and setInterval class was basically part of a larger idea to create asynchronous process handles for PHP, specifically for Windows, but potentially for Linux or Mac too.

The process control PHP extension only works on Linux so, I needed to figure out a way to pole the separate process in a non-blocking manner. I haven't quite got the asynchronous system working, but I thought that the trick that I learned for polling the process was useful so I shared that.

I hope to eventually create something like the Web Worker specification for HTML, but using PHP on the server side instead of client side.

PC: Interesting. Did the award nominations helped you somehow to get more feedback or recognition for your work and or in your life in general?

SS: The nominations definitely generated more discussions among my co-workers and friends. The nominations were a great starting point for a number of discussions, on how I had accomplished certain aspects, and I think that it was a great thing to be nominated for being innovative personally.

PC: Good. Do you think this year's award will provide you better opportunities in the future working with PHP?

SS: I certainly hope so. I hope that this recognition from the worldwide users of PHPClasses will spur opportunities and challenges, as well as provide me with interesting problems that need solving.

I work with a great bunch of people in a very good environment here, and I think that we definitely have the potential to handle challenging projects as well.

PC: What do you recommend to other authors that would like to get a similar level of recognition that you are getting for your contributions to the PHPClasses site?

SS: I would recommend taking a problem that you are having or a problem that others you know are having and attempt to find a solution. Or maybe just find a better way to accomplish something and present it in a simple, well-documented way, so that the ease of using your approach is readily apparent and easy to understand. Provide examples, and if you can more than one example.

PC: Right. Is there anything else you would like to say regarding this award?

SS: I hope that people will come and check out the Screaming Monkeys Web Guild Meetup once a month at the Northeast Indiana Innovation Center.

To contact me regarding professional Web design and PHP consultation please visit the Web site of our company: JH Specialty.

I really admire the hard work and dedication that is put into maintaining PHPClasses, monitoring class uploads, blogging, forums. The innovation award is really awesome and helpful for PHP developers to share important ideas with each other and learn from others successes. I really appreciate the recognition from a site like PHPClasses.

PC: Thank you, it is the community that makes the result so great. Thank you also for this interview.